What is fact and fiction?

This is the first part of the series.
Comfort women

Japan admit comfort women, but deny sex slavery forced by Japanese force. If so many Korean women were taken by force, why their fathers, brothers, sons did not resist? There is no record to show any of extensive resistance movement was happened there at that period.

Comfort woman was legal at that time in every country in the world, of course including Japan and Korea. and Japan recruited from Korea and Japan. 40% of comfort women were Japanese.

Here are 2 pictures of a leaflet of comfort women wanted and women working comfort place. Pay is tremendously high, much higher than military officials. At that time, in Korea, the women's right was ignored, very poor, but no job was available for them. Therefore, comfort woman was a good job for them, as well as in Japan.
See the comfort women in the picture. Are they the forced sex slave? Just smiling working women as prostitution was legal then. 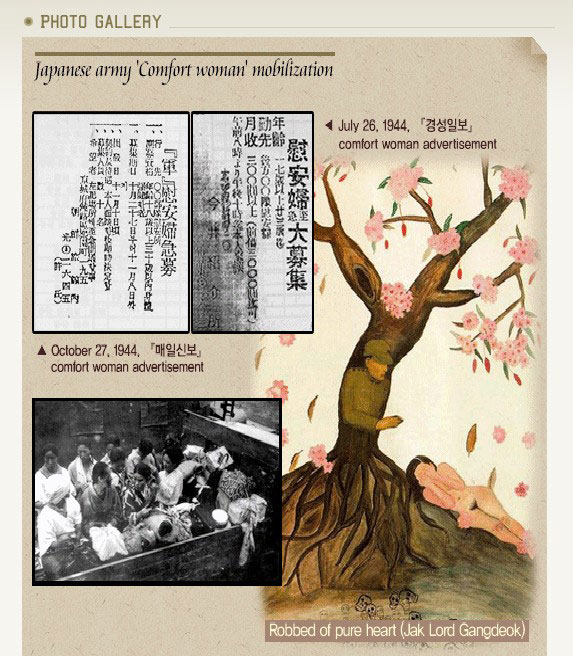 Military troop is the group of young men, and it is usually big problem to treat them for sexual desire.
Comfort women system was the best answer in Korea too. Japan instructed Koreans to organize the comfort
place. If Japan take the Korean women by force, it will cause big repulsion which cannot be controlled.
Therefore comfort women place gives Korean women good job and solution method with no trouble.

In that era, there were many Korean police men working there, as well as soldiers. But no resistance riot was reported then.

The following is another picture. This is the diary wrote some Korean guy who was working in some comfort
place.This was found by Korean, Seoul National University, Prof. An Byeong-jik. 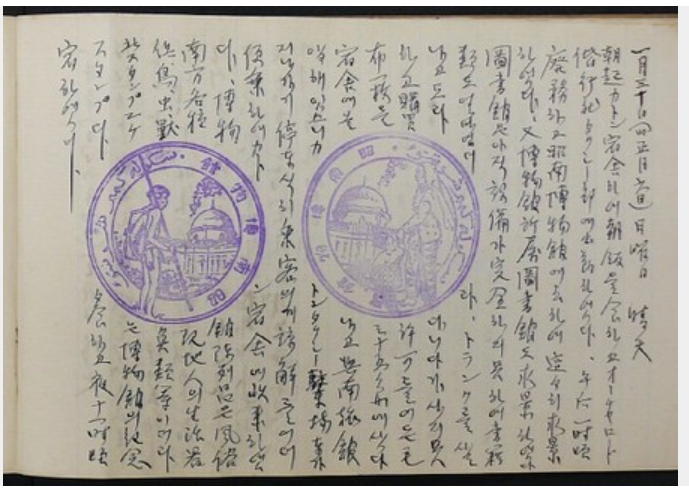 It says everyday life including (October 27, 44) when "I drew remittance 600 yen from the savings of a
working woman(comfort woman) and sent it from the center post office as she requested. Also she said that
she would watch the movie, and go sightseeing (August 13, 43) ".

This means the comfort woman could watch a movie. In other words, she was worked freely outside to enjoy
sightseeing. Movie fee was much expensive for the usual people at that time.

I, so far, could not find English site about this diary, but there are many on Japanese site. This issue is
studied in Japan mainly to oppose Korean lie.

Now many people believe Korea's make-believe propaganda. One reason is for Japan's attitude.

Japan, usually hate argument and compromise easily. It is Japanese way to solve the problems, thus we could
build up extremely low crime rate, social security. It would be hard to understand for the Western people.

I will write this Japanese sense of value again in more details and Chinese also Korean. It is important for deeper understanding of present circumstances in East Asia.

I wish to write again this matter later.

From nest part, I will write

A Rebuke to Japanese Nationalism